Let me disclose to you something you definitely know: Your maid keeps an eye on you.

We work alone. We get exhausted. What do you anticipate?

I worked for an organization cleaning houses for a long time. It was adaptable. It paid all around ok. I didn’t consider it a vocation, or relate to it; it was exactly what I did to get myself through school as a single parent.

From the outset I didn’t snoop. At the point when they set me off individually with a white folio containing headings for each house, I just dropped my girl off at day care and went.

I found the houses on small winding streets, the shrouded keys tucked under dwarves or floor coverings. I left my vehicle where it wouldn’t dribble oil on their garage, dragged my plate of provisions inside, and called to check in, remaining by picture windows disregarding the sea, taking a gander at the superbly manicured grass, the seats around the deck, the way down to the dock, and the vessel that sparkled even in the downpour. I cleaned, and I proceeded onward. I had 20 customers and a few houses every day to find a workable pace.

In any case, following a couple of months, my supervisor instructed me to clean more slow. (We didn’t consider it that, obviously. We called it “progressively point by point.”) The organization had a high turnover rate, she clarified, and we charged constantly. On the off chance that I cleaned houses snappier than the young lady who’d supplant me, customers would need to keep paying the lower rate.

So I began glancing through the heaps of papers as opposed to fixing them. I searched for mysteries in the end tables, for the story beneath the American dream. I scanned for the supplies of void wine bottles and looked into medication cupboards. I checked what number of pills they’d taken in about fourteen days and realized which remedies had transformed into diversions. I discovered pills for everything: torment, nervousness, restlessness, gloom, feebleness, hypersensitivities, hypertension, diabetes. There were different meds, as well. My undisputed top choice: a topical testosterone cream.

(I needed to turn that one upward. It balances an absence of moxie in ladies. You apply the cream anyplace on your body with the exception of the private parts.)

I named my homes.

One was the Pornography House, for all the issues of Trickster in the end table and for the container of lube that occasionally sat before the morning timer, lit up by the red numbers. I needed to wash the bed covers, obviously, yet I never lifted any socks up off the floor. There was continually something cooking in the slow cooker; now and then I’d stroll in and the entire house resembled caramelizing ham.

The spouse left notes routed to “Cleaner” under a magnet on the refrigerator that said We’re remaining together for the feline. She dozed in the extra room.

By the Pornography House was the Dismal House. They shared a carport, and both had enormous carports and lounge rooms confronting the sea.

I did the two houses each other Wednesday, however didn’t go to the Miserable House a lot. The proprietor invested a great deal of energy in the emergency clinic, thus his home remained clean, aside from dust that chose the kitchen counters and the lounge area table.

His significant other had kicked the bucket a few years sooner — I speculated in the late ’80s — however every knickknack she’d gathered stayed on the windowsills, and her plan for the day remained attached to the stopper board by the work area in the kitchen.

The restroom had two sinks. Hers despite everything had a hair dryer connected and held tight a snare. His side had a cup with a brush and whatever drug he took toward the beginning of the day and around evening time — it was distinctive without fail.

Opposite the sink was a wicker rack. It had an image of their oldest child over a mountain. He had a green handkerchief and a facial hair, and offered a harmony hint; the photograph was confined with that sonnet you see on deprivation cards: “Don’t remain at my grave and sob. I am not there. I don’t rest.” That is the manner by which it begins. I replicated it down to provide for a companion who’d quite recently lost her pooch.

Close to the photograph were two little boxes, one produced using an overwhelming mud, the other a dim pewter. His better half’s image inclined behind the mud box. I opened them once. They had cinders, and labels and explanations from the burial service home. I thought about whether it support him to have them there, behind him, while he brushed his hair. 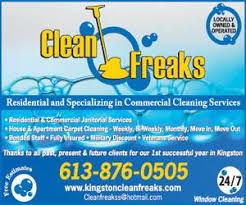